We had a houseguest last week, and decided to take her on a ghost tour downtown. 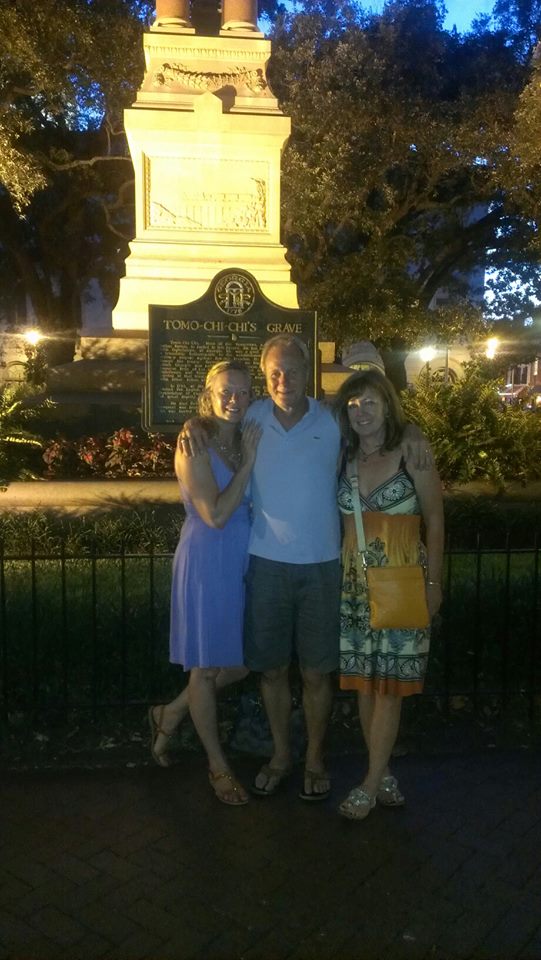 That – and a trip to a local museum – inspired me to read up on my adopted city.

Oglethorpe was wise in befriending the local Yamacraw Indian Chief, Tomochichi. In doing so, he avoided the bloodshed that plagued other early American colonies. Or rather, he put it off. There would be plenty of it to come later. Tomochichi  granted the General permission to settle on the bluff overlooking the Savannah River, and Oglethorpe proceeded to establish the first “planned” city in the United States. Laid out in a series of grids, it was built with wide streets, shady parks, and squares that were used both as town meeting places and areas of fortification against enemies. An interesting side note: in its early days, the city banned strong drink, Catholics, lawyers and slavery.

Savannah flourished. This was largely due to the success of its rice fields and later, cotton plantations. The cotton gin was invented near the city, and a good deal of the world’s cotton prices were set on the steps of The Cotton Exchange, which still sits proudly by the river in downtown Savannah. 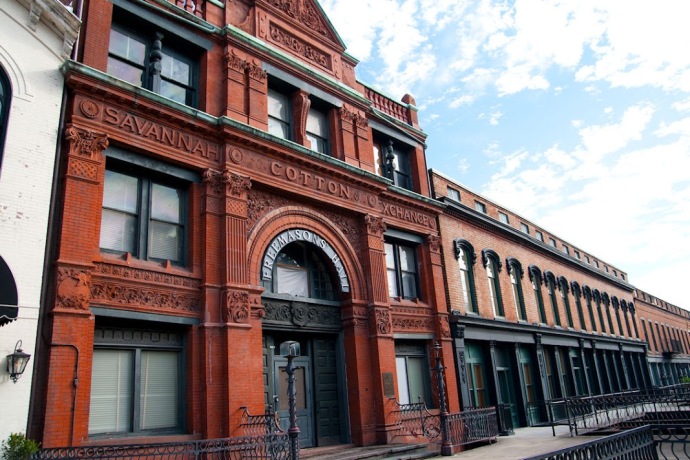 In the late 1700’s and early 1800’s, the city was devastated by fires. Half of Savannah burned to the ground. The city was also the site of the second bloodiest battle of the Revolutionary War. Then there was yellow fever, which claimed one-tenth of its residents. The cemeteries were filled to capacity, and mass graves were dug to accommodate the bodies.

But the people of Savannah rebuilt. And when much of the South fell victim to General Sherman’s pyromania on his march to the sea during the Civil War, Savannah charmed him with her southern hospitality. He spared her from his wrath. Instead of torching the city, he presented it as a gift to President Lincoln.

Thanks to the valiant efforts of the Savannah Historical Society in the mid 1900’s, Savannah is a city that seems to be frozen in time. Its antebellum buildings and cobblestone streets were saved from destruction and today there are well over 2000 historically and architecturally significant buildings in the 2.5 square miles of the historic district. Most of them feature plaques that depict the date of erection and principal owner. 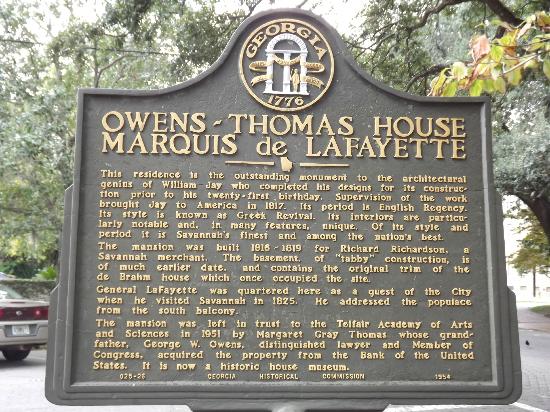 Despite it’s beauty, Savannah is also known as one of the most haunted cities in America. Much of it has been built over grave-sites. Old homes in the historic district do not have basements because it is virtually impossible to dig without turning up someone’s remains. It is no surprise then that the accounts of ghost sightings and hauntings are prevalent. And even as far back as the early 1800’s, evil spirits were being fought. After all, you don’t think ghosts are confined by cemetery walls do you? 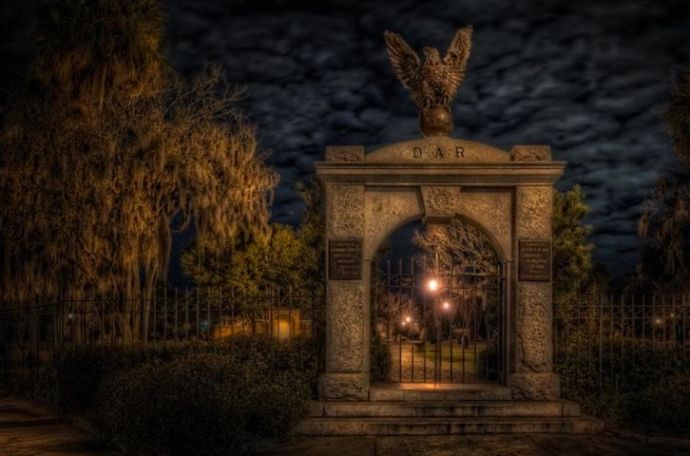 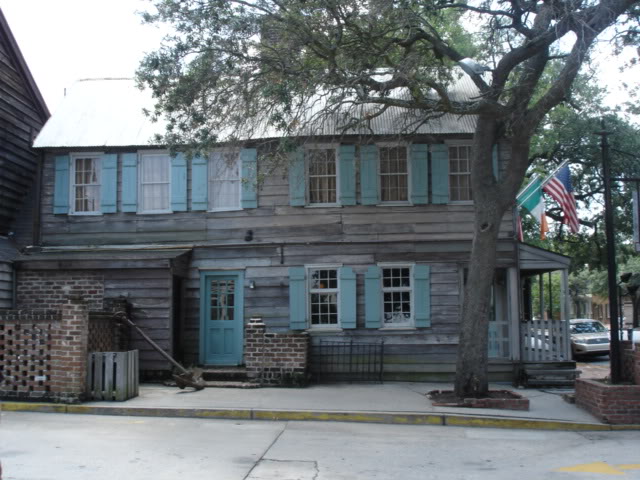 The African Americans who arrived in Savannah as part of the trans-Atlantic slave trade brought with them the “Gullah” (aka Geechee) culture which still exists today. “Root doctors” used herbal remedies to protect themselves from malevolent forces. They also mixed a paint using indigo, oyster shells (or lime) and buttermilk, and used it on doorways, shutters, windowsills, walls and ceilings of their houses. They believed that it would prevent evil spirits – haints – from entering and harming them. Haints were trapped between the world of the living and the world of the dead, and the Gullah believed that they could not cross water. Thus the shade “haint blue”  was created to look like water and thus deter the evil spirits. Many of Savannah’s old homes sport shades of blue and green for this reason. The biggest historic display of this paint can be found in the slave quarters of the Owens-Thomas House. 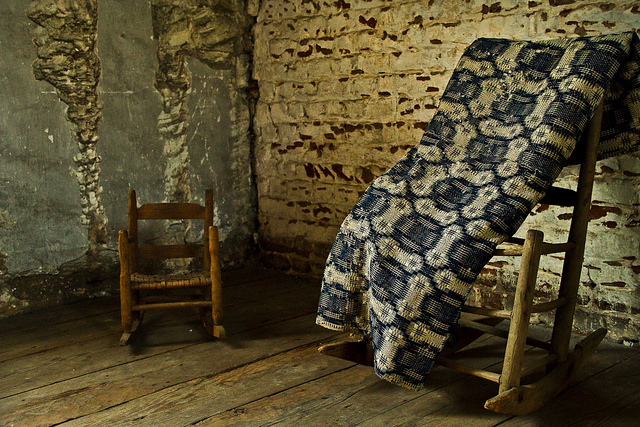 The Owens-Thomas House is the first museum I have visited in town. It is beautifully preserved and quite spectacular. The house had running water even before the White House! Its 24-inch thick walls and steel frame ensure that it will survive long after we are gone. Inside, there is a bridge on the third level, a unique architectural feature. It’s definitely worth a visit. 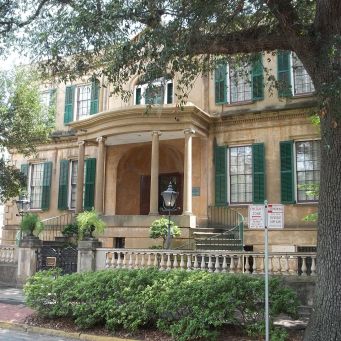 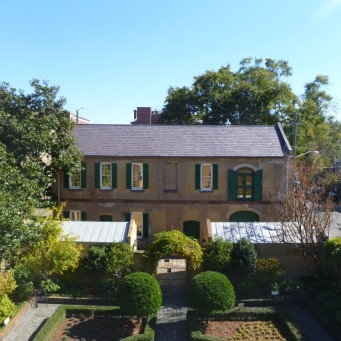 I haven’t encountered any ghosts myself – at least not here. But I won’t be surprised if it does happen.

Anyone out there have any ghostly encounters? 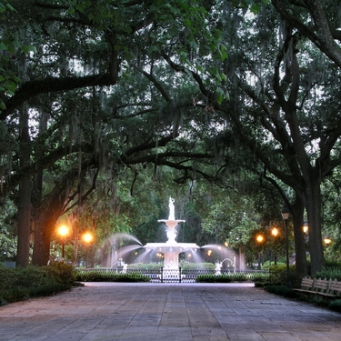 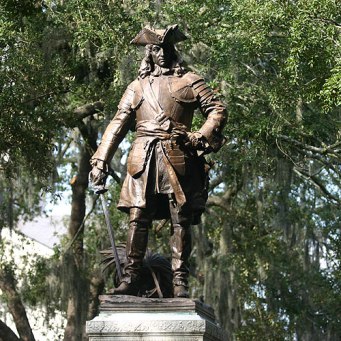 10 thoughts on “Haint Blue Paint – A Short History of Savannah” 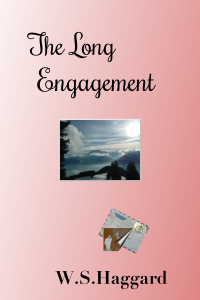 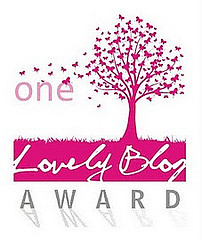 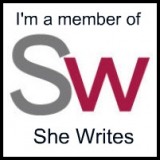 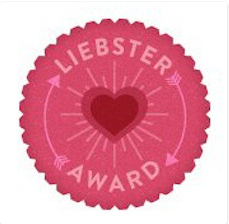