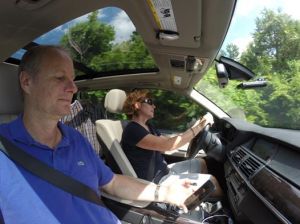 Last month, while the Little Ninja was away at camp and the Teenager was  spending time with his grandparents, G and I decided to escape for a week-long road trip. The only plan was to drive down to the Panhandle of Florida, then south along the Gulf coast as far as Naples, across Alligator Alley, and then back up the Atlantic coast and home to Savannah. We wanted to explore some of the lesser known areas of Florida, and we were also hoping to find someplace that might appeal to us enough to persuade us to move. Because to be honest, while Savannah is a beautiful and charming city, the beach (Tybee) leaves a lot to be desired, and the boating is not what we would like it to be. The severe fluctuation of the tides prevents you from being able to get to the few restaurants that are accessible by boat (unless you can get there and leave during high tide). And because of the strong tides, the water is always murky…call me crazy but I prefer to be able to actually see my arms and legs when I’m swimming, not to mention see what might be swimming around me! (Can you say SHARK WEEK?)

Our first stop in Florida was Destin. I had wanted to stay somewhere smaller, like Santa Rosa Beach, but we couldn’t find a hotel room. For some reason, I thought Florida in mid-July would be empty. Silly me. G booked us into the Sandestin Resort, thinking it was a hotel close to some restaurants and bars. In fact, it was a huge development, and we were in a condo in The Village at Baytowne Wharf. Seriously, it was a town unto itself! We had a superb dinner at Bistro Bijoux –  my almond crusted grouper was out of this world – and then strolled around a bit.  We walked out on a long dock behind a row of  shops and restaurants and admired the boats and yachts in the moonlight. 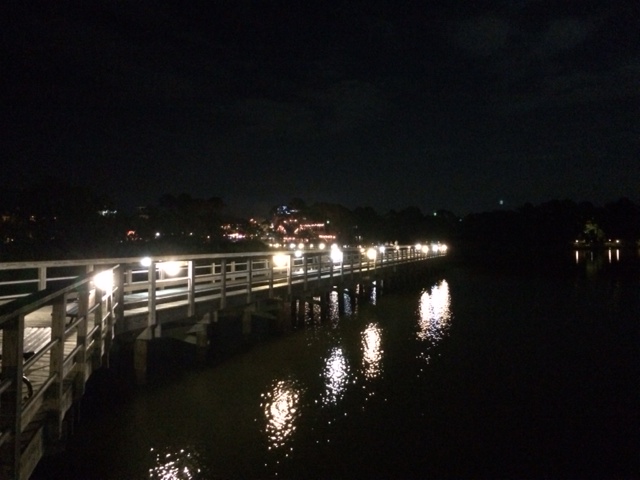 The next day, we drove around Destin. Most of the beaches are hidden behind the big hotels and condo buildings, and the traffic was horrendous. We had lunch at a great seafood place overlooking the marina – Boshamps. G loved the peaceful feeling of looking out over the water, at all the boats going by. But the condos that stood between us and the Gulf forced me to cross Destin off the list.

After lunch we headed east. We drove through Seaside, the storybook coastal village where The Truman Show (Jim Carrey movie) was filmed. We stopped to look at a house on the beach that had an Open House sign out front. It was two story, very modern, with a pool and separate living spaces so you could rent out part of it if you wanted. It was interesting until we saw the price: $5,000,000!!

Next stop was Rosemary Beach. Now that is the kind of place I was looking for. Very quaint, with narrow little streets and people on bikes everywhere. There’s a community “green,” a little patch of lawn near the beach where they show movies at night. Cute little shops. They were decorating the town hall for a wedding. G and I got a milk shake in a little ice cream parlor and talked to the young man behind the counter about how it was to live there. A lot of people have second homes in Rosemary Beach, so part of the year it is full of life and the rest of the time it is empty. Maybe not the best place to live full time. 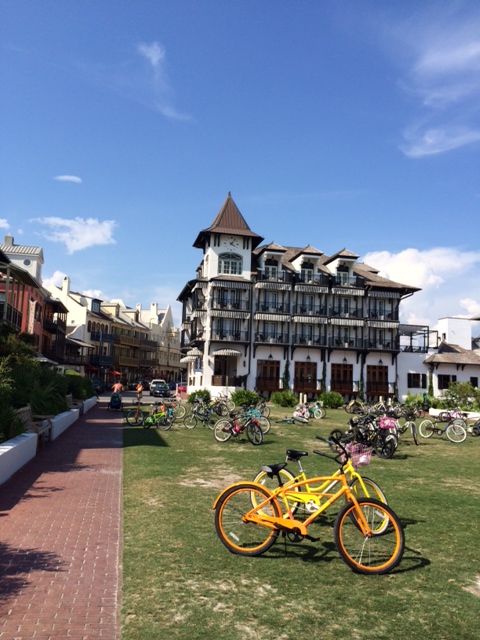 The Green at Rosemary Beach

We got as far as Apalachicola before stopping for the night.  Talk about small town Florida! The place basically has one street with a handful of shops. We stayed at the historic Gibson Inn, right in the middle of “town.”  Dinner was great (the chef spent some time in Napa) – fresh swordfish with a roasted pepper salsa.  He gave us all he had left, since he was out of oysters. Apalachicola is known for its oysters, and we were pretty disappointed not to get some. After we ate, we took a walk. The intracoastal is a block away from the main street. There was absolutely no sign of life after 9:00PM, and the streets were very dark. Kind of creepy, actually. Another one crossed off the list!

So much for the Panhandle… stay tuned for Florida Road Trip Part II.