Many years ago, when I was studying anthroposophy in the foothills of the Smoky Mountains of East Tennessee, I learned about a little-known technique of painting called lazure. It involves the application of several thin layers of specially mixed, pigmented paint over a white base layer, applied in a rhythmical movement. The result is a subtle wash of hues that allows light to pass through it, reflecting back an amazing depth of color. The effect is almost magical, the colors subtly changing with the light throughout the day. It is so beautiful it can’t help but move the spirit.

Rudolph Steiner developed this style of painting.  Steiner – and Göethe before him – did extensive research on the  subject of color. His color theory is based on an understanding of the “language” of color and its relationship to light and darkness. He described the “activity” between light and darkness as being the language of the soul. And to him, colors spoke a language more universal and archetypal than any spoken word. Steiner encouraged artists in the early twentieth century to paint with transparent watercolors, which he believed was the color medium closest to pure, colored light. He created the organic paints himself and called this style of painting “lasur.” His intent was to create color that existed in the space rather that just on the wall. The technique was used to paint the interior of the Goetheanum, the world center for his anthroposophical movement.

Robert Logsdon is credited with coining the term “lazure” in the United States. Logsdon was involved in several painting projects abroad before moving here and founding ColorSpace, through which he has introduced his painting method to the general public.  Through his “color-scapes” he has created environments that are creative, inspirational and therapeutic. Logsdon uses transitions of color to create murals that can either tell a story or evoke a particular impression. His canvases have been broad, including homes, schools, offices, places of worship, and healing and recreational centers. These are some of his beautiful works: 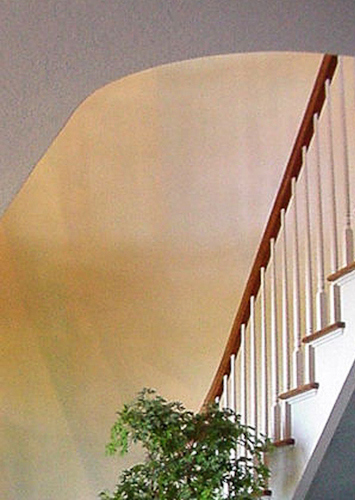 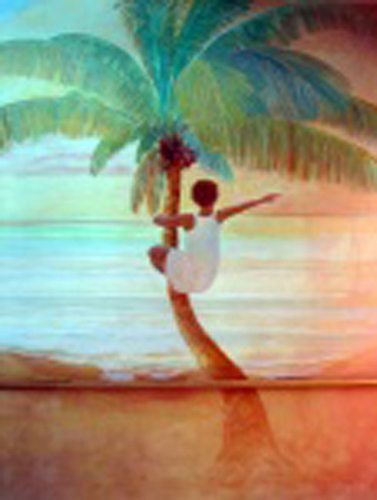 The same technique can also be used to paint on canvas. It’s called veil painting. Watercolors are thinned down to a very light value and applied one at a time in several layers, allowing each layer to dry before applying the next. The painting starts out with no preconceived notion of the final result. Instead, the artist patiently applies “veils” of color in varying patterns until an image or motif reveals itself. Only then does the artist begin to develop the painting further. The process demands both mindful attention and intention. The result: beautiful, healing works of art. 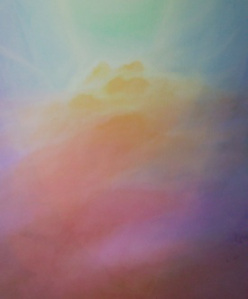 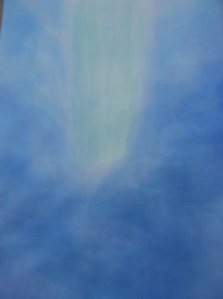 Veil painting is a meditative art form also associated with Steiner. He believed in the healing qualities of color and thought they could be used to stimulate different emotional responses in the individual. Anthroposophical art therapy is based on the principle that illness has its roots in the soul. Since artistic work is an expression of the soul, it makes sense to use art therapy to help resolve illness. It can strengthen and bring harmony and balance back to the whole human being.

I’d love to hear your thoughts on the subject. Do you think art is inspired by something outside the individual or is it an expression of something deeper? And do you believe in the healing properties of art?